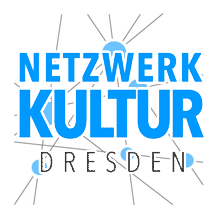 Under the hashtag #100MeterKultur, the Dresden Culture Network is calling for a fundamental restructuring of the independent scene.

In September, the new 2023/24 double budget will be introduced to the city council, which is expected to pass it in December. Mayor Dirk Hilbert has set the priorities. Important topics include investments in education, the expansion of social work, climate justice and the digitalisation of the administration. One topic area that is actually behind everything, but was not mentioned, is culture in general and the independent scene in particular. And this despite a projected increase in the city budget: "Never before have so many funds been planned in the city budget as for the coming years. (Dirk Hilbert, 13.07.2022)

"We can't and don't want to let this stand and have therefore launched the #100MeterKultur campaign and petition," says Anne Gaschütz, festival director of Filmfest Dresden and spokesperson for the Netzwerk Kultur in the film section.

Under the hashtag #100MeterKultur, the network - the association of Dresden's independent scenes - is therefore calling on the Lord Mayor Dirk Hilbert and the city council to adhere to the goals they have set themselves in the cultural development plan, the paper "Fair in Dresden" and the Charter for Sustainability and to adjust the cultural budget accordingly. Because: Despite projected increases in the municipal budget, the budget for the entire cultural sector seems to remain the same. "With rising collective wages for the municipal institutions, this means cuts for the budget of the independent scene. This means we will fall back below the 2019 level," adds Maren Marzilger, curator at SALOON Dresden and network spokesperson for visual arts.

Fair fees and salaries are the demand, because a large part of cultural workers work at the subsistence level. With increasing staff shortages, growing financial pressure due to high inflation and rising minimum wages, the network sees Dresden's cultural diversity in danger. "In order to maintain the independent cultural scene in Dresden, which is known far beyond the city's borders, it is necessary to invest in basic renovation, just as it is necessary to invest in dilapidated streets, for example. For the independent scene, this means in concrete terms: an increase in salaries and fees as well as support for rising rent and ancillary costs," comments Heike Zadow, head of the Service Agency FREIE SZENE Sachsen and spokesperson for the performing arts.

With the online petition #100MeterKultur, city society is now called upon to support the independent scene.