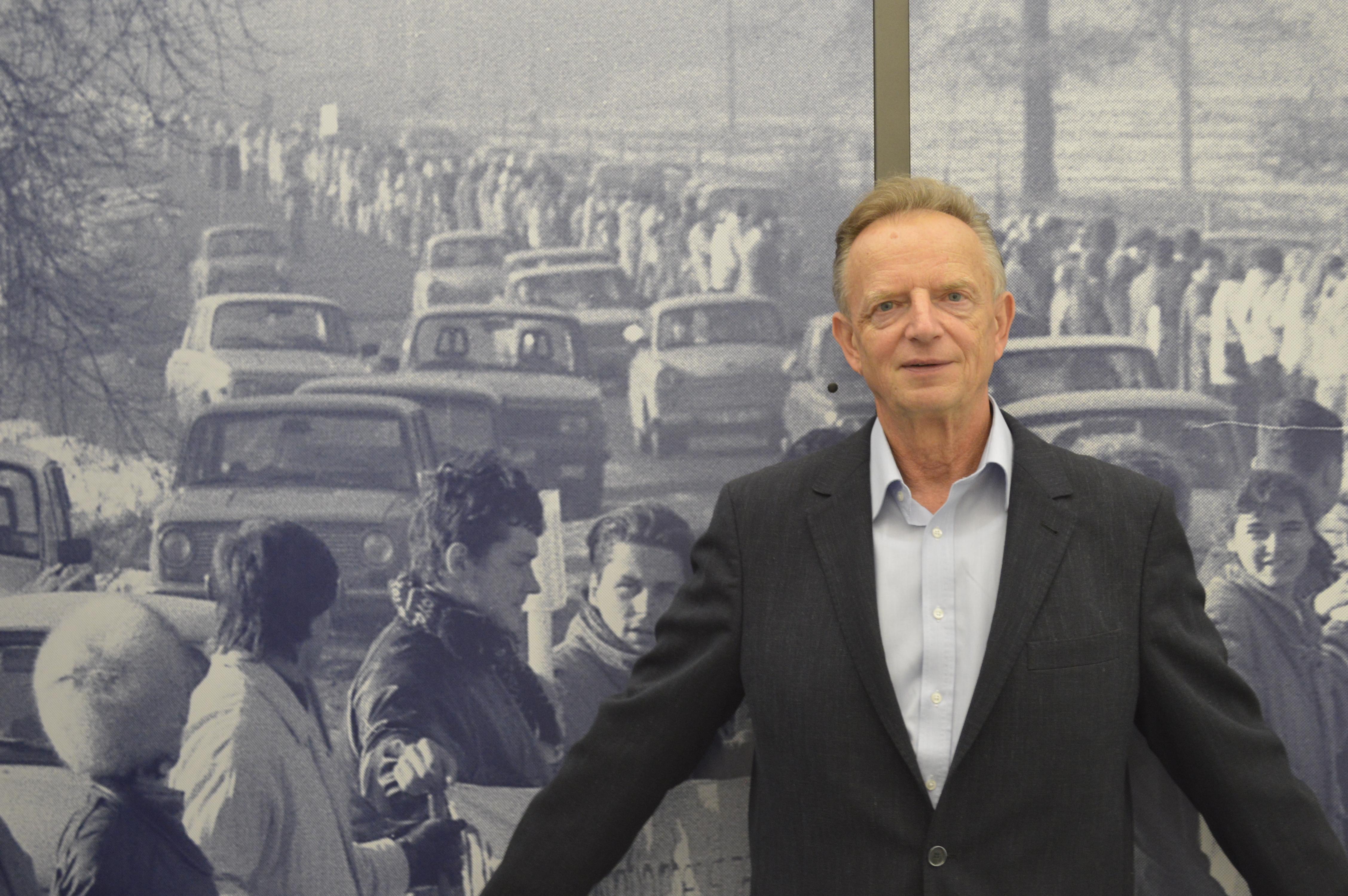 On the occasion of the anniversary of the passage of the Prague embassy refugees in 1989, the former Lord Mayor of Dresden, Dr Herbert Wagner, leads a guided tour to various stations of the "Dresden Revolutionary Way".

On 4 October 1989, the second wave of trains carrying GDR refugees from the Prague embassy towards the Federal Republic of Germany rolled through the territory of the GDR. People from all over the GDR who were willing to leave drove via Dresden towards Prague with the intention of occupying the embassy for the 3rd time. At the border with the ČSSR they were turned back, because the day before the GDR government had closed this loophole to freedom. Enraged, they returned to Dresden's main railway station to jump on one of the refugee trains of the 2nd wave.

Deutschlandfunk, which could also be received in Dresden, reported meticulously on the status of the German efforts to leave the country. It was clear: the trains would go via Dresden. Thousands of Dresdeners were drawn to the main station that evening with the most diverse expectations that something would happen.

When the station was cordoned off and cleared, the revolutionary spark ignited. There were riots and violent attacks from both sides. Mass arrests and destruction followed. Dr. Herbert Wagner, later Lord Mayor of Dresden and member of the "Group of 20", which led the dialogue with the Dresden SED leadership under the then Lord Mayor Wolfgang Berghofer, also made his way to Dresden's main railway station with his wife and children in the late afternoon of 4 October to see the supposedly last trains to freedom.

In commemoration of this historic date, the Bautzner Straße Memorial is organising a free guided tour with Dr Herbert Wagner.

On 4 October 2022 at 5 p.m., Dr. Wagner will lead a tour of various stations on Dresden's Revolutionary Trail through the city centre to the Dreikönigskirche church, where the Saxon parliament was reconstituted after the Peaceful Revolution. Participation in the tour is free of charge, but donations are welcome.

Please send your registration with telephone number and e-mail address to Christine Bücher, christine.buecher@denk-mal-dresden.de, by 30 September at the latest.

We will then inform you about the meeting point with your registration confirmation.