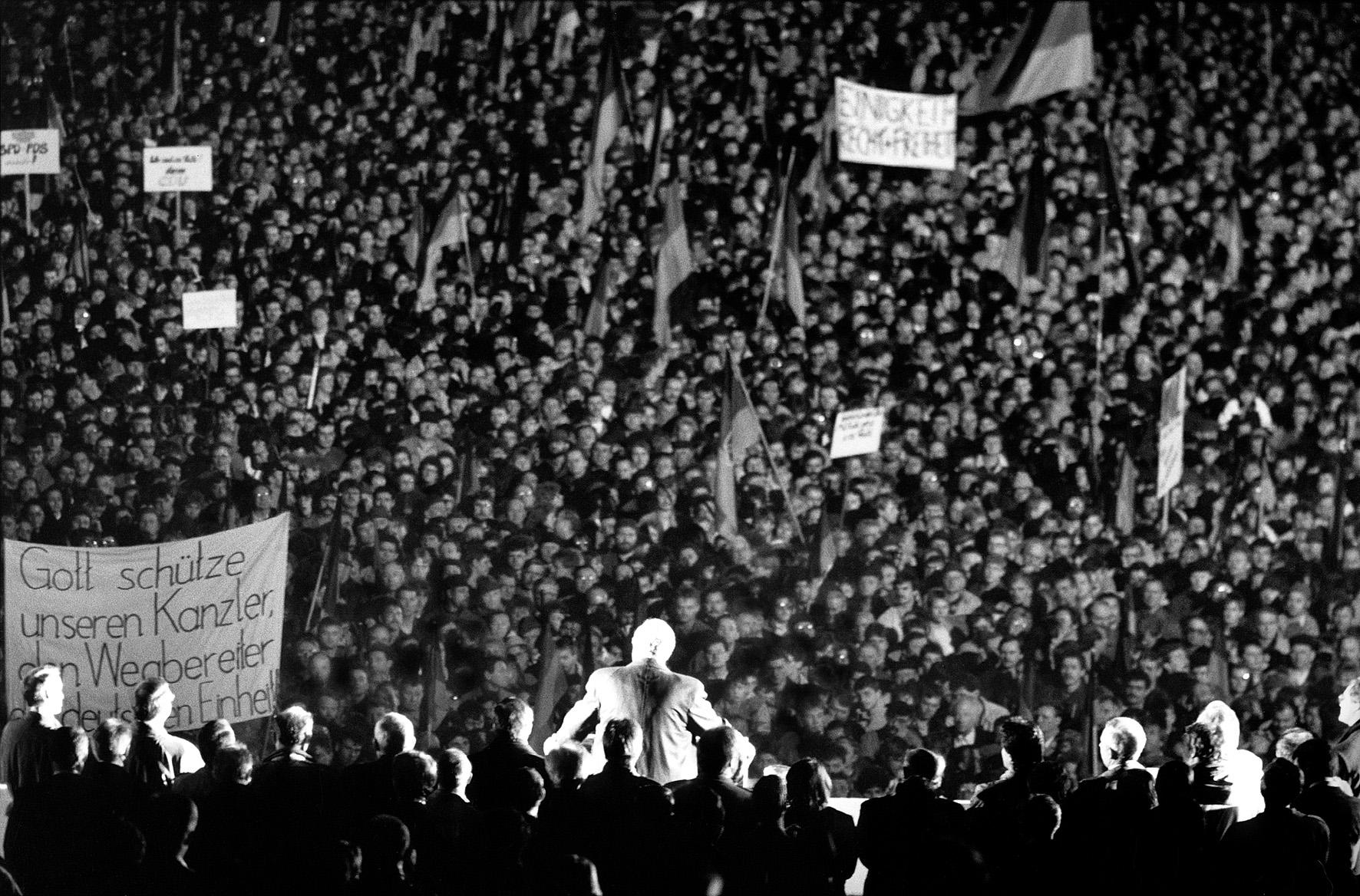 Everyday experiences and routines of the people in the two German states were quite different in 1990. They shaped and continue to shape not only the view of reunification, but also the current life balance sheets of people in "West" and "East". In the process of rapprochement, ideas and images of the "typical Wessis" and the "typical Ossis" were consolidated. As part of the events, the background of the time will be illuminated and the German-German stereotypes will be questioned about their real and imaginary content.

In cooperation with the Volkshochschule Dresden

1989/90. Between the times - between the worlds
Panel discussion

During this event, the period from the end of 1989 to 1990 will be considered: that phase of upheaval, which was shaped by utopias and uncertainties and whose power, despite all the problems, still fascinates today.

And our eastern neighbors? Eastern Europe between Peaceful Revolution and Violence
Exhibition opening and panel discussion

The communist systems of rule in Central and Eastern Europe dissolved rapidly. These political and economic upheavals had common causes, but very different courses. 1989 changed Europe. The opening of the wall, the demonstrations in Prague, the shots of the Romanian secret police at citizens, the storming of Stasi headquarters illustrate this turning point.

As part of the exhibition opening and the conversation with Mirko Krizanovic and Tim Buchen, the incidents of that time are presented and discussed. At the same time, the development in Eastern Europe is also discussed from today's perspective.

The past and the present. Two voices in the current literature on system change
Reading and discussion

Thilo Krause and Julia Schoch deal with the question of identity in reunified Germany and the question of their origin by looking back at socialization experiences in the GDR. Both were born around the mid-1970s, both in the East. It is the view of a generation that experienced the change as young adults and has established itself in the new system.

In cooperation with the Dresden City Libraries

"Who we are" and what is "German identity": The answers to such questions are always different - depending on life experience, professional practice, cultural background, milieu and generation. In addition, the answer looks from a "Western" perspective different than from an "east" point of view. Or is that just an "optical illusion"?
30 years after reunification, Ines Geipel, Valerie Schönian and Herfried Münkler, moderated by Cornelius Pollmer, are discussing and looking for answers why we are (supposedly still) a divided nation.

Cornelius Pollmer (Süddeutsche Zeitung) talks to:
Prof. Ines Geipel, former (East) German athlete and today professor at the Ernst Busch Academy of Dramatic Arts Valerie Schönian, freelance journalist (including the author of ZEIT) / moderator "How was it in the East?"
Prof. Dr. Herfried Münkler, German political scientist with a focus on political theory and the history of ideas

There is no such thing as THE historical truth, not even for the "turning point" at the beginning of the 1990s. How did we, our neighbors, friends or acquaintances experience these years? How did this time change or shape life? Many questions that we will not forget As part of this history workshop, techniques for creating a conversation with contemporary witnesses are worked out together, which are to be used later on in order to keep personal experiences from being forgotten.